Around 1.1 million folks in the U.S. are living with HIV right now. About 15 percent of these (1 in 7) do not know they’re infected.

Gay, bisexual, and men who have sex with men are in the high-risk group, and each year they are estimating 26,000 new cases of HIV infections.  That case number needs to come down by getting individuals tested for HIV.

According to the most recent HIV statistics from the Centers for Disease Control and Prevention(CDC):

Approximately 38,700 people became recently infected with HIV in America in 2016. After around five years of steep falls, the number of annual HIV infections started to level off in 2013, to approximately 39,000 infections annually.

CDC concludes that the decline in HIV infections has plateaued because successful HIV prevention and treatment aren’t adequately reaching those who could most benefit from them. These gaps remain especially troublesome in rural areas and the South and one of the disproportionately affected populations like blacks/African Americans and Hispanics/Latinos.

By race/ethnicity, involving 2010-2016, the yearly number of new HIV infections reduced amongst whites, blacks/African Americans, and persons of multiple races and continued stable for Asians and Hispanics/Latinos.

By sex, between 2010-2016, the yearly number of new HIV infections reduced amongst females but remained regular among men.

There were differences by transmission and race/ethnicity groups.

According to the CDC Aids/ HIV Statistics

Gay and Bisexual men would be the people most affected by HIV.

-Black/African American bisexual men and gay accounted for the highest number of HIV diagnoses (9,807), followed by whites (6,982) and Hispanic/Latinos (7,436).

Among all gay and bisexual men, HIV diagnoses remained steady, but trends varied by race/ethnicity:

-HIV diagnoses among white gay and bisexual guys decreased by 14%.

-HIV diagnoses among bisexual men and Hispanics/Latino gay increased by 12%.

Heterosexuals and those who inject drugs also continue to be affected by HIV.

-Individuals who inject drugs accounted for 6 percent of HIV diagnoses.

-HIV diagnoses among those who inject drugs dropped 17 percent

By race/ethnicity, Hispanics/Latinos and African Americans are disproportionately affected by HIV according to HIV statistics.

-African Americans accounted for 43 percent (16,694) of HIV diagnoses and 13 percent of the populace.

-Hispanics/Latinos accounted for 26 percent (9,908) of HIV diagnoses and 18 percent of the people.

Most viruses are now deeply concentrated in specific local hot spots. Surprisingly, over 50% of the new HIV cases in 2016 and 2017 were from San Juan, Puerto Rico, Washington, D.C., and about 48 other counties in the US.

There are people in all 50 states and the District of Columbia:

-Young people were the most expected to be unaware of the virus. In 2015, among individuals aged 13-24 who had been living with HIV, an estimated 51% did not know.

In 2015, amongst all adults and teenagers living with HIV (undiagnosed and diagnosed),

A suppressed viral load protects the health of a person living with HIV, preventing disease development. A man living with HIV who chooses HIV medication as a daily dose and has and stays virally suppressed can remain healthy and has effectively no chance of sexually transmitted HIV to HIV-negative partners.

The ‘Ending the HIV Epidemic’ Initiative

Ending the HIV Epidemic: A Plan For America, declared by the President in his State of the Union address on February 5, 2019, is a challenging approach to eliminate new HIV infections in our state. So, its base on the following strategies:

Diagnosing all people with HIV as early as possible after infection.

The proposed initiative is intended to increase the use of those strategies from the 48 counties with the highest HIV burden. San Juan, Puerto Rico; Washington, D.C.; and the seven States with the rural HIV problems. The aim is to reduce new HIV infections by 90 percent over ten years.

Tags: HIV in US

Are People With HIV More At Risk For Covid-19? 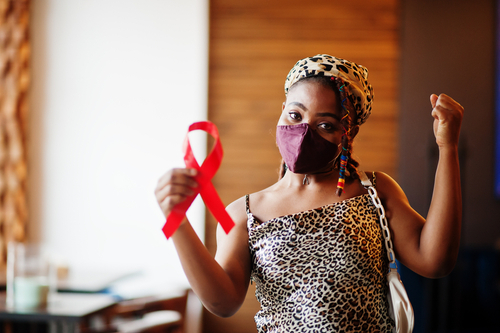 TweetEmail TweetEmailPeople with HIV don’t have a high chance of dying because of COVID-19 once underlying health conditions are considered, investigators from America report in the online edition of AIDS. However, the study did find that, even after considering comorbidities[...]