Current Aids Medications Will Not Cure The Covid-19 Virus

Hopes that antiretroviral drugs might prove useful against COVID-19 were decreased with the results of a trial reported in the New England Journal of Medicine, March 18.

Researchers in China examined the effect of a lopinavir/ritonavir mix in roughly half of 199 COVID-19 patients with advanced disease. The drugs didn’t affect the length of time it took to undergo clinical improvement, nor did they have any influence on the rate of death.

The researchers who conducted the study suggest that additional testing may be justified in patients with less advanced disease. For now, though, these statistics indicate that the lopinavir/ritonavir combination doesn’t help treat a COVID disease. 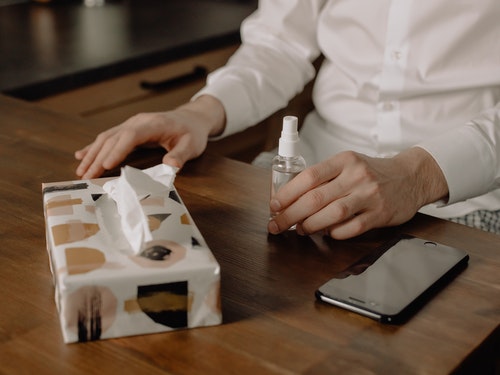 As researchers around the world race to discover effective treatments, a range of drug candidates is under investigation. To accelerate the discovery of a treatment that could be deployed quickly. A number of them are drugs that have been approved for other uses.

The New York lab that discovered treatment procedures for HIV is now focussing on Covid-19 or, more particularly, SARS-CoV-2, the virus that causes Covid-19.

The group of about 15 people is working on two different approaches to stopping the virus and isolating antibodies: creating new drugs known as protease inhibitors that prevent the virus’s ability to replicate.

There’s been an immense mobilization of the scientific community, it is even greater than what happened for HIV.

They believe remdesivir is up there for hopeful drugs. Although they noticed the data up to this point, are only case series or anecdotal reports of it being somewhat beneficial. They believe everyone in the area is awaiting the controlled trials, which will tell us precisely whether it is working or not.

Hopefully given their caseload, they will have a readout on these soon.

On Thursday, Gilead noted that despite a negative headline from suspended Chinese research, “trends in the data imply a possible benefit for remdesivir, particularly among patients treated early in the disease.”

It would make sense that that treating the virus earlier could raise the probability of success.  For a lot of viral diseases, the sooner you treat, the better the results. With flu, with oseltamivir [Tamiflu], it is only useful in the first 48 hours of developing symptoms. After that, the antiviral does not do very much.

The initial trial data from Gilead is scheduled within a week, but that study didn’t involve a control group getting a placebo. Another Gilead research is scheduled to read out results in May, and an NIH trial that did involve a placebo control is supposed to have results next month as well.

The case series so far is negative or unimpressive for the re-purposed malaria pills. The only effect was that the French continue to say, it might have some role in reducing the period of viral persistence, though if you look at those studies, they are unconvincing.

Hydroxychloroquine was mostly ignored by the scientific community before it was mentioned by President Trump.

What they have found is if you examine the compound in the laboratory against the virus, it is unimpressive, and it is definitely not doing [anything] to the virus; it is doing something to the human cells.

That’s concerning from a safety perspective, because it is unlikely to damage the virus unless you are harming the cell too, which isn’t something the medical profession takes lightly.

The Food and Drug Administration cautioned Friday against using hydroxychloroquine or chloroquine for Covid-19 out of the hospital or a clinical trial due to the risk of heart rhythm issues.  “Close Supervision is strongly recommended,” the regulator stated.

The approach of using certain medications already approved for rheumatoid arthritis to treat the lung infection in patients with severe Covid-19 is another option that is being tried.

The IL6-receptor antibodies block one limb of the inflammation pathway, so the question becomes are you getting to the virus soon enough?

Sanofi and Regeneron, and separately Roche, are examining their medicine Actemra and Kevzara in hospitalized patients with Covid-19, following some promising data from a clinical trial of Roche’s drug in China.  The issue is the trial in China didn’t have a placebo control.

The mistake with this study is not is doing controlled trials, because that is the only way you will have the ability to see if that particular medication and dosage is having an impact assuming that most patients do recover.

Initial results from Regeneron and Sanofi. US trial of Kevzara, which involves approximately 1,000 patients, is impending, Sanofi spokeswoman Ashleigh Koss said. Regeneron spokeswoman Hala Mirza estimated about 450 patients are included in the phase 2 portion of this trial, which is what will be reported.

Roche, which started a trial in April to register 330 patients, expects results in early summer, said a spokeswoman for the Genentech unit of Roche, Shirley Dang.

When there is a dramatic impact, it needs to be evident quickly provided the number of subjects from the trials, but results will take time.

The NY team’s chase for monoclonal antibodies in the patients’ blood who’ve healed from Covid-19 will contribute some findings next month.

No one knows whether we’ll discover good ones or not, but many people are very optimistic, but time will show.

It’s a similar strategy to people being accepted by Eli Lilly and its partner Regeneron, AbCellera, and Amgen and partner Adaptive Biotechnologies and Vir Biotechnology. He also noted that a group in China” has isolated a few pretty good antibodies.”

His group is looking for antibodies that bind to the whole spike protein on the coronavirus. Instead of ones that home in on a single place, the receptor-binding domain of the spike. Aiming to “discover something which will complement what others do,” he said.

Till then, the protease inhibitor hunt is suggestive of procedures for HIV. This will take weeks and months to undergo iterative improvements to obtain the best drug candidates.

You could have a pill and halt the replication of this virus. Prevent the cascade of events that happens in some of the sicker patients.  He also brought a parallel to HIV in the potential to use medicines to avoid disease.

Here you can say health-care employees or particular household contacts of an index case might think about taking medicine as prophylaxis, there are multiple methods of using drugs if an effective one is found.

Our society needs to purchase time for the scientists may be at least a year so a lot of potential solutions will emerge… we should be quite confident that science will come through.

Comparing Aids and Covid-19 With The Gay Population

TweetEmail TweetEmailCDC Doctor Contrasts And Compares HIV To COVID-19 Dean of Emory University’s Rollins School of Public Health, Jim Curran, states, the first instances of what we now call AIDS was found and notified to CDC in June 1981. At[...]

Upcoming HIV Conferences Around The World

TweetEmail TweetEmailGet up-to-date information about AIDS by attending one of the HIV Conferences this year.  HIV researchers from throughout the world will gather for the 10th International AIDS Society Conference on HIV Science — called IAS 2019 — in Mexico[...]